The episode begins where the last one left off: Ray underground looking for sheep whilst Michael and Gavin are investiagting a sign written outside of Geoff's house. Geoff himself is sleeping in Slo-Mo Ville "Or what's left of Slo-Mo Ville" and Jack is in his cave too.

Gavin suggests that they meet up in Slo-Mo Ville and Michael follows him as they attempt to navigate the world. Gavin spots Slo-Mo Ville as it is still on fire. He then procedes to make friends with an Enderman, which is keeping Geoff hostage inside his own house.

Everyone begins to list ideas to find the stronghold. Gavin begins digging downward in "The Crev" but Geoff starts digging down a different one, confusing Gavin. Michael tries to find The Crev but Gavin gives jumbled locations. Eventually Michael finds The Crev and Gavin finds Geoff. Ray, meanwhile, is running through a forrest, trying to get back to the lads.

Geoff is killed by a Zombie and loses all of his things. Gavin finds a dunegeon and finds Saddles and String. Geoff dies again, this time from a Creeper. Problems are experienced with the map not showing everyone in the game if they haven't died, which at this time was just Ray. Ray ends up back at his ravine, having walked in a giant circle. Geoff dies once again, shot by a skeleton, after just about meeting up with Gavin and starts talking about shitting his pants out of boredem.

Gavin finally finds a stronghold, where he runs into two guardian Creepers. He covers up the stronghold, saving himself from the Creepers and waits for everyone to arrive. Ray is trying to find Redstone to find the lads. He finds Diamonds and is unimpressed then finds Redstone and makes a map. He finds out he is on the other side of the map. Geoff dies again from fall damage and Zombie. He finds Michael and the two head toward Gavin.

Jack ends up under Gavin, thinking he was above him. Jack is saved by a torch as gra 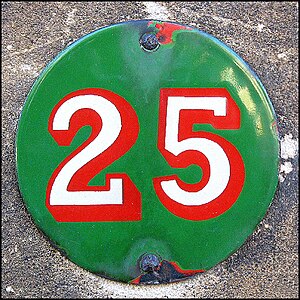 Jack hit the ground too hard
vel falls on him. Ray finds Geoff and Michael. Jack then ends up above Gavin. Ray leads the lads to above where Gavin is and mets up with Jack. They block up the water and dig down to Gavin. Jack is first to the bottom, dying on impact. Gavin reveals he wanted to kill everyone. They all make their way down using water and make their way toward the stronghold.

Jack attempts to rejoin the lads and hits the one block of sand and dies. Everyone else goes into the stronghold and begin exploring. Geoff finds a abandonded mineshaft and Ray discovers more of the stronghold. Ray takes on five Zombies and wins. Michael finds a chest with Diamond and Melon Seeds. Jack discovers a Cave Spider while Gavin finds a "Monsters Room." Gavin gets attacked by two Skeletons and gets Mogar to kill them, who has problems with the doors. Past the Skeletons is a library that the lads use as base. Gavin and Michael explore the lobrary waiting for everyone else. Jack dies by Zombie and the episode ends with Jack's POV from his falling death.

Retrieved from "https://podpedia.org/w/index.php?title=Let%27s_Play_Minecraft/Episode_Listing/Episode_25_-_Stronghold_Hunting_Part_2&oldid=36393"
Categories:
Hidden category:
Cookies help us deliver our services. By using our services, you agree to our use of cookies.